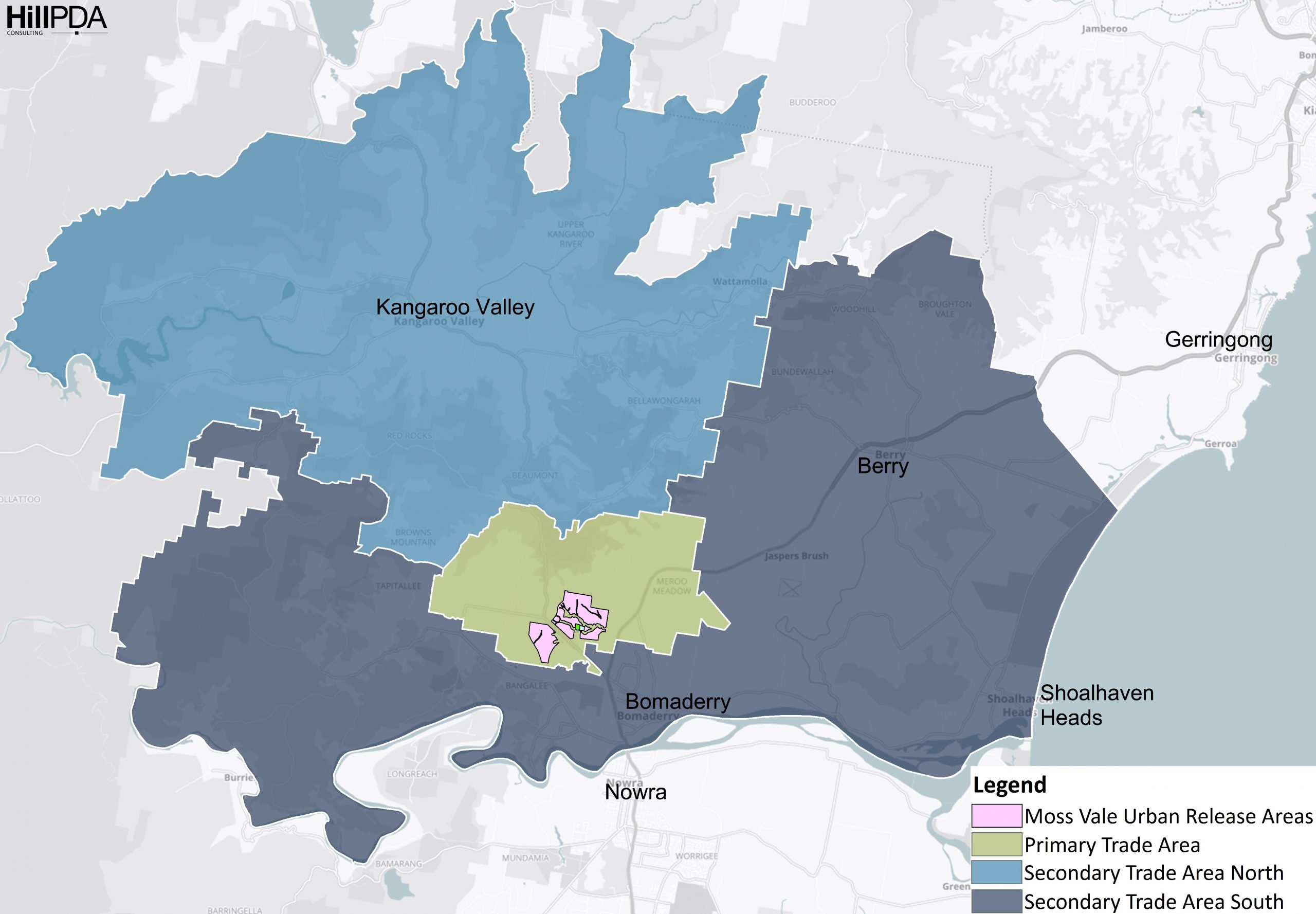 The Structure Plan includes two areas known as Moss Vale Road North and Moss Vale Road South, which are Urban Release Areas in the Shoalhaven Local Environmental Plan 2014. These two urban release areas had the potential to accommodate around 5,850 residents upon completion.

To properly plan for the needs of the future Moss Vale Road community, Council required a qualified consult to

To this end, HillPDA was commissioned by Council to undertake a retail demand study (the study) to identify and provide advice on the amount, type and optimal location of retail floorspace required to service the future community of the Moss Vale Road Urban Release Areas.

The study provided Council with a clear understanding as to the retail needs of the community of the future release area and wider North Nowra/Bomaderry locality. Three population scenarios were tested these being the yield under the Structure Plan, that under the landowner’s concept and a halfway option.

Several potential sites were identified for the development of a potential centre. These included sites within the release areas, to provide increased walkability to these future residents, while the others where in more highly visible and accessible locations along main arterial roads and near other existing retail services.

The location of the future centre highly influences the amount of potential trade it could capture and hence the overall size of the centre would change depending on its locational attributes. As such, HillPDA forecasted the resulting demand for each population scenario for two broad location. These being:

The resulting floorspace by broad land use type and their land area requirements for each scenario was provided. A site suitability analysis was then undertaken using a multi-criteria analysis method, to test the suitability of each potential centre location.

Our recommendations are being used to revaluate update the release areas structure plan while also better serving the residents of the wider North Nowra locality.

For more Information or to discuss your next project, get in touch.